Nutritional Therapy is a form of therapy that uses food, supplementary nutrients and cleansing procedures to alleviate or prevent chronic health problems and this course will train you to practise as a Nutritional Therapist of the highest degree.

Most training programmes for nutritional practitioners today are not naturopathic and this is something that we pride ourselves on being able to offer at the Plaskett Nutrition College: a Nutritional Therapy course that is truly naturopathic in nature.

The most fundamental underlying principle of Alternative Medicine is that of promoting and supporting the body’s inherent ability to heal itself, to heal from within. That is what Naturopathy seeks to do. It seeks to clear away the obstacles to the body’s ways of self-healing. It also seeks to support and strengthen the forces within the body that are responsible for that healing.

Most people are able to acknowledge the substantial role that nutrition plays in maintaining our health and know how health is undermined by malnutrition however, the bare facts about nutritional adequacy make up only the tip of a giant iceberg of knowledge that links nutrition with freedom from illness, recovery from illness and attaining a zestful vitality.

Within the modern orthodoxy, the potential role of nutrition is sadly underrated, with nutrition being thought of only as background information, not as serious treatment that may have more potential to treat serious chronic illnesses than modern medicine. To promote nutrition as treatment these days is often derided as a medical heresy, yet the deriding is done without knowledge of the subject and without evidence. In this matter, the medical orthodoxy is guilty of conducting itself non-scientifically. Open-mindedness is a duty of anyone purporting to work scientifically, but that duty is being laid aside in favour of negative bias.

Orthodox nutrition follows suit with orthodox medicine. Orthodox nutrition is concerned with people having enough of this nutrient or that, usually with a bias to keeping the recommendations low, rather than seeing what positive outcomes can be had from luxury nutrition. Usually, the question is addressed one nutrient at a time, overlooking the fact that the nutrients have to work together in combinations and within a balance within the cells of the body. When testing nutrients against named illnesses, they are usually taken one at a time - like asking whether Vitamin C can cure or prevent the common cold - but that is not the way that any well informed naturopathic nutritionist works. Tests are done, therefore, under conditions that are inappropriate to the ways in which we practice.

Naturopathic Nutritional Therapy is an immensely powerful tool. It is consistent with and works well alongside modern biochemistry, which studies in detail the metabolism inside the cells. It looks at all the ways in which the nutrients interact with and support metabolic processes. Modern biochemistry makes it clear that the nutrients are all required together, not just as individual items. It addresses the balances between them and their actual availability inside the cells. It addresses the enzyme reactions that they support.

The joy of it all is that all this biochemical evidence is supportive of the working principles of the Naturopaths of the last few centuries, who have worked to support “The Life Force”.  What is this “Life Force”?

Insofar as it is a subtle force, as yet undetected by Science, it attracts the derision of the sceptics.  But one can choose whether or not to regard this as a subtle force. If that does not fall within your belief system, then you can simply look at the energetic flux of chemical change within the cells and equate that with the Life Force.

The fact is that the healthy cell is characterised by an ebullient metabolism, a dynamic system of energetic processes fuelled by ATP (adenosine triphosphate, the “energy currency of the cell). The cell’s ability to manufacture and utilize ATP is determined by the integrity of its enzyme systems and its intracellular structures.

The whole strategy of Naturopathic Nutritional Therapy is aimed at normalizing and activating the cells’ own internal systems. If the cells, and therefore the body, are ailing and sluggish, it aims to return the cellular metabolism to normal, and so restore vitality and health. The orthodox nutritionist is seemingly fumbling and at a loss if asked to take any action towards restoring health. His training has certainly not informed him as to what to do unless it is a straightforward nutritional deficiency illness like scurvy or beri-beri. So, in most cases of ill health he or she is powerless.

THE POWER OF "NATUROPATHIC INSIGHT"

But that is not the end. It is not even the beginning of the end, because the older Naturopaths also got to understand how the body’s energy was deployed and how it responded to both external constraint and to medical interventions. That led them to develop a medical system that was informed by “Naturopathic Insight” by which they could “see into” the body’s energy systems and understand what was going on within. We can do that today, yet we can interpret it, if we wish, within the context of the modern biochemistry of the cell. The Naturopath can perceive the body’s energy being “suppressed” by toxicity and other negative influences, and being activated by positive influences. The Naturopathic diagnosis permits insight into a patient’s medical history, enabling it to be interpreted in naturopathic terms, thus illuminating how and why the patient comes to be in the medical condition he or she is in today. That understanding then informs and guides the subsequent treatment.

Even better, as naturopathic treatment is applied, the practitioner can see just how that treatment interacts with the patient’s condition. We do not expect progress to be immediate or to be entirely forecastable. We know that each person has his or her own naturopathic make-up that determines his or her responses.

Naturopathy is an Art as well as a Science-based treatment form. As practitioners, we use our skills and our hard-won insights to creatively guide the patient towards better health. We can recognise that not all treatment outcomes will be immediately and obviously favourable and that some may be uncomfortable, but that in the end they will lead towards less toxicity, less toxic damage, more healing and higher energies.

THE NUTRITIONAL THERAPY COURSE
- WHAT WILL IT TEACH YOU?

To those who might aspire to becoming a Practitioner of Nutritional Therapy, we would like to offer real encouragement. It can lead to a career with the highest job-satisfaction. You will be able to offer a very individualised and effective treatment strategy that challenges the rigid approach of a non-naturopathic nutritionist. Without the Naturopathic insights, the subject is comparatively dead and unmoving. With them, it is an exciting dynamic discipline.

The course is presented via an online study platform with the support of an expert tutor.

The course is assessed through a series of assignments & case studies.

An internationally accredited course that is truly holistic in nature.

WHAT DO OUR STUDENTS SAY ABOUT THE COURSE?

READY TO MAKE YOUR PURCHASE
AND START YOUR LEARNING JOURNEY? 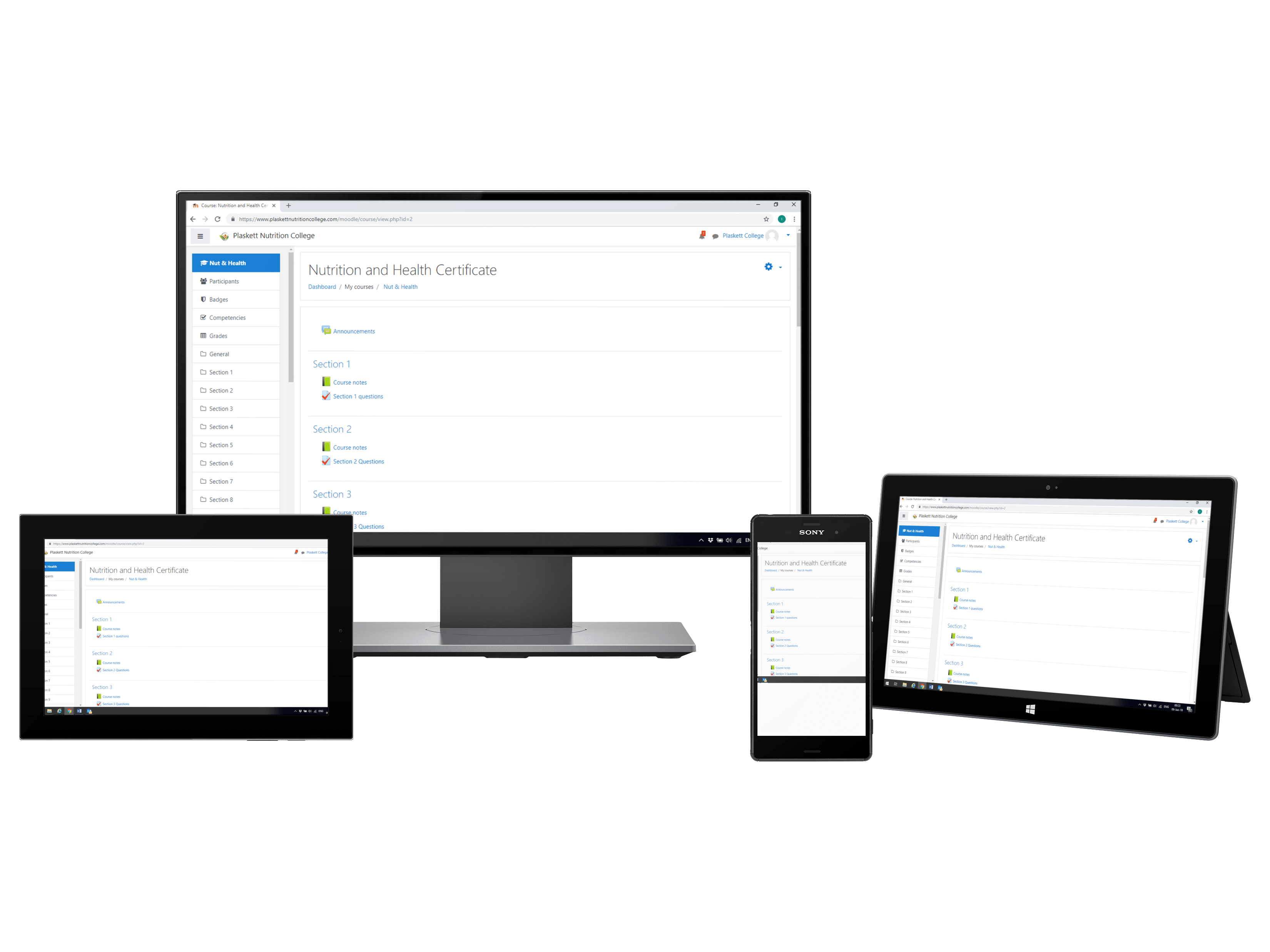